House with pool in charming village

The smaller house (50 m²) services the pool. It is also used to receive friends, and in winter offers fireplace enjoyment. It consists of a lounge-dining room-kitchen of 45 m², a bathroom and a storage room.

The garden occupies the rest of the plot. It has a fig tree, a vegetable patch, an area shaded by a large awning, a kennel, a small oak tree and a few bushes.

In addition to municipal water, there is abundant well water that can be connected at will.

It is located in Serradilla, province of Cáceres, autonomous community of Extremadura. Bordering this peaceful village of 1636 inhabitants lies the Biosphere Reserve of Monfragüe, which overlaps with a Natura 2000 Area and a Special Protection Area for birds. At 3 kilometres to the east begins the famous Monfragüe National Park, which attracts bird watchers from around the world (they use the main entrance, about 20 km from Serradilla). To be observed: 3 species of vultures (Black, Griffon and Egyptian), 5 of eagles (Royal, Imperial, Bonelli's, Short-toed and Booted), Black Storks and other protected species.

The village of Serradilla lies at the foot of a small mountain range, from which one can enjoy spectacular views over "la dehesa", a tree-dotted plain typical of Extremadura. That pristine landscape stretches to the horizon; it brings to mind the great open spaces of Africa.

In the blue skies over the village it is not uncommon to see a Black Kite, a Black stork, a Red Kite, a Booted Eagle, a group of Griffon Vultures or, with luck, an Imperial Eagle or other large raptor from Monfragüe.

Around mid-September starts the mating season of the deer, and from the village one can often hear mating calls from the odd male bellowing on this side of the sierra. Then comes the season of mushrooms, abundant in the area - mainly "red pine" and "porcini" (boletus eduli).

Its location in a scarcely-populated area has protected its inhabitants from the bustle of civilization, so to speak, producing rare qualities such as identity and authenticity. One finds here the tranquility and quality of life of the 1960s, but with the comforts of the 21st century. People are kind, salute even strangers as they cross them in the street, and at sunset, in summer, many still practice the endearing habit of pulling a chair on the sidewalk to enjoy the evening breeze and the conversation of neighbors, sometimes until late into the night. They prefer this to watching Tv, which is really admirable.

Madrid, 265km away, is accessible by toll-free highway and by train. Plasencia is close at 36 km, with its attractive medieval district, its luxurious parador hotel, its hospital, and large supermarkets (Carrefour, Mercadona, Lidl, Día, Aldi). The railway and toll-free motorway continue towards the South: at 60 km, Cáceres (a World Heritage city); at 150km, Merida; and further, Badajoz and Lisbon. The train from Madrid makes a stop at a nearby station in Mirabel (only 12 km away). The high-speed train, under construction, will put Madrid at one hour from Plasencia, and Lisbon at less than 2 hours.

Photos See all the photos 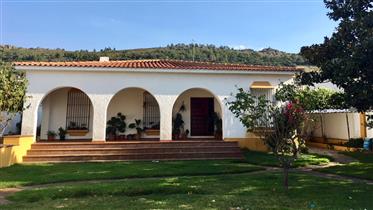 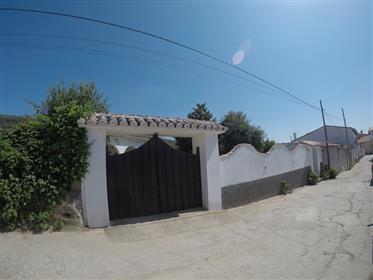 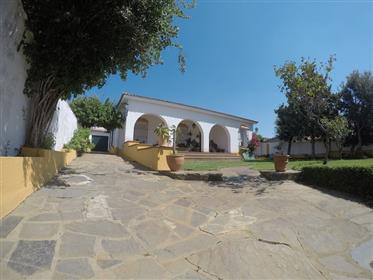 This property is in Serradilla, in Caceres (region Extremadura).


Advice on buying a property in Spain : click to see our Spain buying guide.

To remember your favourites, connect:

Once you have filled out the request form, click on 'Send'. Then:

Green-Acres.com does not make any other use of the information supplied other than indicated above. Note, we do not pass your email address to any third parties other than the sellers concerned.

You benefit from a right to access, to modify, to rectify and to delete you personal data (Law of 6 January 1978 relative to IT services, to files and to liberties. To exercise them, address the: Realist - 100 boulevard du Montparnasse - 75014 Paris

The form will already be filled out in the future to make it easier to use. To delete the pre-fill facility: Click here

Green-Acres.com reminds that the use of the form by professionals for the purposes of non-sollicited direct marketing (spam) is prohibited. In accordance with legal obligations, Realist records your internet address (3.83.32.171) and reserves the right to sue in the case of fraudulent use.

Request the translation of this advert

Send this page to a friend

Your email has been sent

Thank you for your interest in our services.

Some listings are available in several languages. Choose the display languages on these pages to your order of preference by moving them.

Languages in order of preference

Our currency converter automatically retrieves the exchange rate for all major currencies in real time.

Locality of the listing